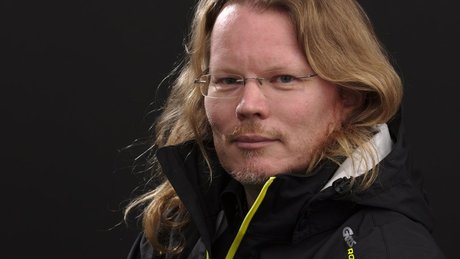 The 47-year-old Dutch cyber security expert has been missing since August 20 when he left his hotel in the northern Norwegian town of Bodo, triggering numerous conspiracy theories on social media.

Two Dutch investigators have arrived in Bodo to help the investigation, the Norwegian police said in a statement on Monday, adding they would stay there for the rest of the week.

"Kamphuis has still not been found and the case is open for different outcomes, but we still haven't found anything that indicates that a crime has been committed," they added.

WikiLeaks, which publishes secret information, tweeted on September 2 that his disappearance was "strange."

In photos circulating on social networks, Kamphuis can be seen wearing glasses with half-long blond hair and a thin beard.

WikiLeaks said he had a ticket for a flight departing on August 22 from Trondheim, a city located more than 700 kilometers (435 miles) south of Bodo, but he did not catch it.

A phone linked to Kamphuis was briefly switched on in an area near the southwestern city of Stavanger, located 1,600 kilometers from Bodo, late on August 30, the police said but could not confirm if he was using it.

Assange has been holed up at Ecuador's embassy in London since 2012 when he was granted political asylum as he feared extradition to the United States to face trial over WikiLeaks' publication of secret U.S. military documents and diplomatic cables in 2010.