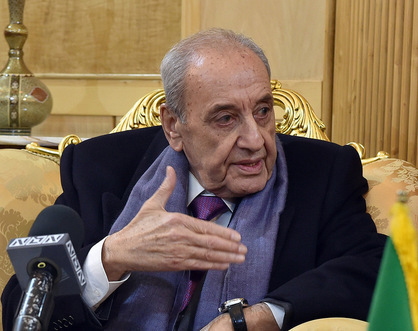 Speaker Nabih Berri said on Wednesday that a World Bank delegation has raised concerns about the economic situation in Lebanon describing it as “critical” in light of a government formation delay, al-Joumhouria daily reported on Wednesday.

“Some foreign officials seem worried about Lebanon. They are more concerned than Lebanese parties, that a government be formed,” Berri was quoted as telling his visitors.

The Speaker said during his recent meetings with foreign officials, he sensed their “uneasiness regarding the Lebanese situation. They want us to address it before it aggravates out of control. Meanwhile we are deep in conflict and disagreements over (ministerial) shares and sizes,” said Berri.

A delegation from the World Bank that visited Berri on Tuesday, highlighted “the critical economic conditions in Lebanon,” he stated.

“They presented in figures the repercussions of the electricity file,” and other areas where money is being spent recklessly, added the Speaker.

The only cure is for the government to step aside and let the private sector take over. Everything and anything that is government run is bloated corrupt and inefficient.