The Death Penalty around the World 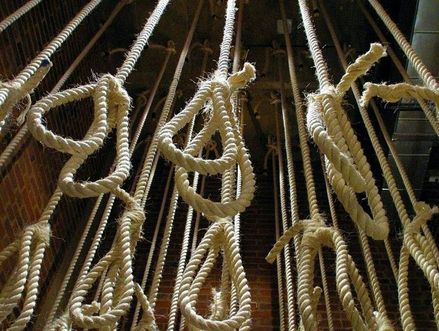 Malaysia will join the nearly three quarters of countries in the world which have abolished or ceased to use the death penalty, according to Amnesty International.

Capital punishment currently remains in place in 23 countries, with China still believed to be the "world's top executioner", according to the rights group's 2017 report.

Amnesty International says that at the end of last year, 142 countries had abolished the death penalty in law or in practice, with 106 ending it in law for all crimes.

The latest were Guinea and Mongolia which in 2017 abolished capital punishment for all crimes, while Guatemala outlawed it for civil crimes only.

Sub-Saharan Africa made significant progress towards abolition with a big reduction in the number of death sentences throughout the region.

Only Somalia and South Sudan carried out executions in 2017 compared with five countries in the region in 2016.

Burkina Faso, Chad, Kenya and The Gambia, meanwhile, took measures to end the use of capital punishment by adopting new legislation or introducing bills.

In Europe and central Asia, Belarus was the only country to have carried out the death sentence in 2017, with at least two executions, down from at least four the previous year, Amnesty says.

Amnesty's numbers do not include the "thousands" it says are believed to have been executed in China, which classifies this information as a state secret.

Excluding China, Amnesty says Iran, Saudi Arabia, Iraq and Pakistan -- in that order -- carried out 84 percent of all executions in 2017. Compared with the previous year, the figures were down by 31 percent in Pakistan and 11 percent in Iran.

Iran carried out around 30 executions in public.

Bahrain, Jordan, Kuwait and the United Arab Emirates took up executions again in 2017.

Conversely, Amnesty recorded no executions in five countries that had applied the death penalty in 2016: Botswana, Indonesia, Nigeria, Sudan and Taiwan, though the latter did execute one man in August this year.

For the ninth consecutive year the United States was the only country on the American continent to execute prisoners, with 23 recorded.

The United States and Japan, where there were four executions in 2017, were the only countries in the G8 group of leading economies to carry out executions.

In July Japan executed the 13 Aum Shinrikyo cult members sentenced to death for their role in the fatal 1995 sarin attack on the Tokyo subway.