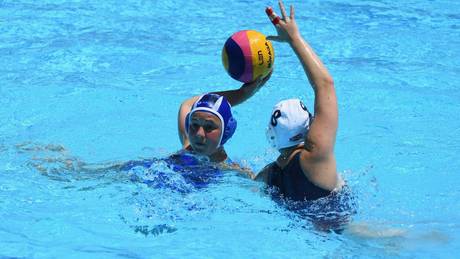 The Spanish and Israeli women's water polo teams will compete behind closed doors in Spain on Tuesday after Palestinian activists and a far-left party threatened protests against the match.

The change drew protests from Israel's Olympic Committee, which voiced its "displeasure" and slammed the "discrimination" against its delegation in a letter seen by AFP from its CEO Gilad Lustig sent to Alejandro Blanco, president of the Spanish Olympic Committee.

The global BDS (Boycott, Divestment, Sanctions) movement that promotes boycotts against Israel and the far-left CUP party had called on their Facebook and Twitter feeds to protest against the match.

It was due to take place in Molins de Rei near Barcelona as part of the Water Polo World League.

On Saturday, the town's swimming club that was hosting the match announced that organizers had decided to change the location "for logistical and security reasons," without specifying a new venue.

On Tuesday, just a few hours before the match, Spain's swimming federation announced it would finally take place behind closed doors at 1800 GMT in Sant Cugat del Valles in the suburbs of Barcelona.

"We always want to safeguard the safety of international competitions," it said in a statement.

The federation said it also wanted "the sporting spectacle to prevail over any other consideration," adding the decision was taken with the Israeli delegation.

In its letter, the Israeli Olympic Committee disagreed.

"I think that when a hosting country discriminates athletes of another country on the ground of race, religion, gender or political opinion, this country loses its right to host any kind of sport competition," Lustig said

If you were to read the reports of this game you would find that there were plenty of supporters of both teams, so this report is completely out of date, but why should the truth bother AFP and your reporting.