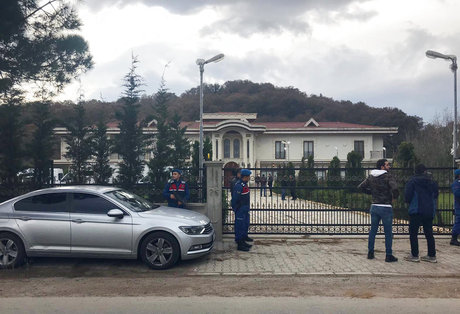 Turkish police on Monday were searching the villa of a Saudi citizen in a northwestern province for the remains of murdered Saudi journalist Jamal Khashoggi.

The officers began searching a two-story building in Termal district in Yalova with the help of sniffer dogs and drones before the investigation widened to the adjacent villa, state news agency Anadolu said.

Khashoggi, a contributor for The Washington Post, was killed by Saudi officials on October 2 during a visit to the kingdom's consulate in Istanbul for paperwork before his wedding.

The first villa to be searched is owned by a Saudi man whom the Istanbul prosecutor said had spoken to one of the murder suspects on October 1.

"It is believed that what was discussed was how to destroy or hide journalist Jamal Khashoggi's body after his dismemberment during this conversation," the prosecutor said in a statement.

The prosecutor added this information was the reason given to search the building.

Crime scene investigators were inspecting a well in the first villa's garden in Samanli village, Anadolu earlier said, while images showed fire trucks at the scene.

Turkish prosecutors say Khashoggi was strangled before he was dismembered.

His body has not been found and his death has triggered widespread international criticism of Riyadh. There have been reports in pro-government media that the journalist's remains could have been dissolved in acid.

The searches on Monday came more than two weeks after Sabah daily reported that samples taken from the consulate drains showed traces of acid.

Turkish authorities say a team of 15 Saudi officials were sent to kill Khashoggi, who was 59, but Riyadh insists the assassination team conducted a rogue operation.

Anadolu said the Saudi who owned the villa in question is a businessman who was not in Turkey during multiple phone calls with the suspects.

There have been previous inspections of the Saudi consulate and the consul-general's residence in Istanbul as well as a forest in the city.