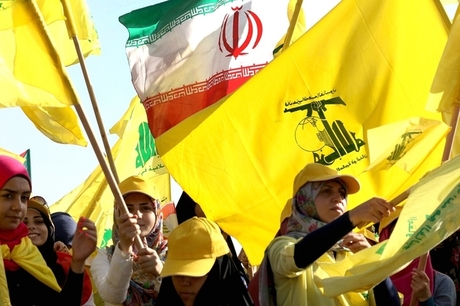 Lebanese businessman Kassim Tajideen, designated by US authorities as an important financial supporter of Hizbullah, pleaded guilty Thursday to charges related to evading sanctions against him, a Justice Department statement said.

Tajideen, 63, pleaded guilty before a Washington court and faces five years in prison and a forfeiture of $50 million if his deal with prosecutors is accepted.

He was named a Specially Designated Global Terrorist in May 2009 by the Treasury Department over his links to Hizbullah, a Shiite political party and militant group in Lebanon.

Tajideen has been detained since extradition to the United States in March 2017 after his arrest overseas, the statement added.

Hizbullah has been a US designated terrorist group since 1997 and fights alongside the regime of Syrian President Bashar al-Assad in the country's civil war.

This is the day American people dream of, the orange face must be locked up ; )

wow; you even know what the American people dream of:)

lol@'the Christian not shia but only a sympathizer'

What’s your name ya humble sympathizer ? If you don’t provide it you should add coward between humble and sympathizer.

Terrorism law in the US is the measure of the breakdown of law in the US. The Constitution says "no ex post facto law", meaning you cannot dream up the law after you find someone you want to put on trial. Congress illegally delegated its law-making power to persons/offices in the State Dept. to name organizations and persons as terrorists, and even the statute itself is impermissibly vague: act of violence intended to change public opinion. As the Humphrey Bogart movie song says, "A bomb is just a bomb, a dismemberment is just a dismemberment". And remember, Hezbullah threw the US Marines out of Lebanon. What did Reagan think he was doing?

And we cannot wait to see every Mulah and Ayatollah to be in court facing the millions of deprived people out there from your blessed Iran to KSA answering their crimes to humanity.

gob up Orange crush what you know and perceive to know about the law could be written on the back of a 1 penny stamp in large letters. Before you preach about the legal system be able to accept that the law succeeds your Khomeini wishes and aspirations to send Lebanon back to the stone age.

Guilty as charged. Now send the terrorist to Guantanamo!

MBS would be raped in Guantanamo! The guys love Muslims! Mostly if they have same nationality of those responsible for 9/11 attack

stick to the article and spare us your pathetic sectarian rhetoric. You fool no one ya irani!

Easy for you to say.