Report: Govt. Formation 'May Be Pushed' until Arab League Summit in Spring 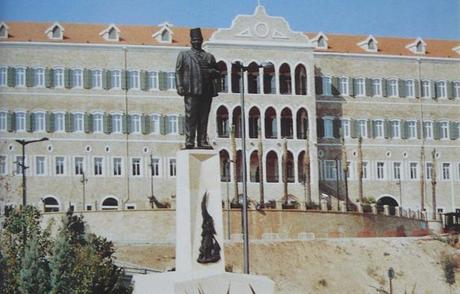 Speaker Nabih Berri’s suggestion to postpone Beirut’s Economic Social Development Summit until Lebanon’s government is formed is “because there is an effort to bring Syria back to the Arab League,” the pan-Arab al-Hayat daily reported on Thursday.

Quoting sources it described as “concerned” about Syria's invitation to the economic summit in Beirut, they told the daily that Berri's suggestion to postpone the summit was because “there is an effort to bring Syria back to the Arab League. But, the Arabs will not decide on this except on the eve of the regular Arab summit in March in Tunisia, which the Tunisian presidency has begun extending invitations to.”

The sources added “this assumes there are arrangements and negotiations about the political implications of the return related to the situation in Syria on the one hand, and the regional situation on the other in the light of the positioning of international powers.”

“In the coming weeks and months there appears to be mutual pressure and contacts on the issue of the return between Damascus and the major Arab countries concerned. The issue of Lebanon’s government formation seems one of its means. It will not be formed until the results of these contacts and maneuvers crystalize. Forming the government remains in the hands of Damascus’ allies,” added the sources.

“The Lebanese government will be governed by the normalization of relations with the Syrian regime when the summit is held under a new regional scene,” they added.

“Damascus' allies seek to ensure that this normalization is translated from now through the new government, or else postpone its formation to the date of the Tunis summit, and hence the extended delay of forming the government until the spring,” they said.

On Wednesday, Speaker Nabih Berri suggested postponing the summit scheduled in Beirut on January 19-20 in light of Lebanon’s failure to line-up a government.

Berri’s call also came amid controversy over whether Syria is going to be invited to the summit or not.

In November 2011, Syria was suspended from the Arab League, as the death toll was escalating and several regional powers bet on Syrian President Bashar Assad's demise.

yes abbas, unlike al manar which is owned by the people. Anyway, what is the difference between what Al-Hayat reported and what Berri said only yesterday?