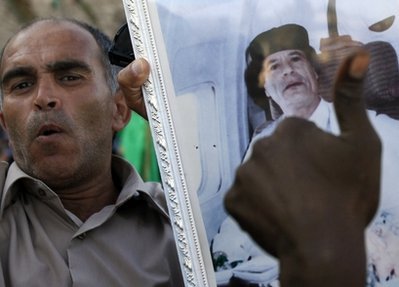 The Supreme Islamic Shiite Council held an “emergency” meeting on Friday and rejected in a statement the invitation of Libya --which it blames for the disappearance of AMAL Movement founder Imam Moussa al-Sadr-- to Beirut’s Economic Summit, as it warned of the consequences.

In a statement made by Sheikh Abdul Amir Qabalan, the council said "Libya must not be invited to the summit," scheduled in Beirut on January 19-20, as it blames Libyan authorities for the disappearance of Sadr.

The Council accused the Lebanese authorities of “inaction and failure of shouldering responsibility,” in the case, as it warned of the consequences shall Libya gets invited.

Inviting Libya to the summit has triggered the dismay of AMAL Movement and the Supreme Islamic Shiite Council.

The visit was paid upon the invitation of then Libyan ruler Moammar Gadhafi. The three were seen lastly on August 31. They were never heard from again.

The Lebanese judiciary indicted Moammar Gadhafi in 2008 over al-Sadr's disappearance, although Libya had consistently denied responsibility, claiming that the imam and his companions had left Libya for Italy.

The son of Moammar Gadhafi, Hannibal, was detained in Lebanon in 2015 over the issue.

Gaddafi is in his grave; there has been an ugly revolution in Libya; the regime has changed and the shia heretics are still making a big deal out of nothing.

"Ugly revolution" NATO-Lite destroyed Libya, led by Hillary Clinton. I just realized why: as a warning to NATO's other "friends and allies". But I think the region took the opposite interpretation, and has learned to steer clear of NATO.

It's not only the Islamic Shiite Council but also Berri. Hannibal Qaddafi was 2 years old when Sadr allegedly disappeared in Libya and yet he is being held and tortured for no reason in Lebanese jails while his kidnappers were set free. The 'impartial' lebanese justice system sets an example once again.

There’s no justice, Shia terrorists, abductors are set free whilst teens smoking pot are locked up. Only a revolution can fix this broken and corrupt system.

My hometown in the south is loaded with Hizbos and Amal, the sad thing is many believe Imam Sadr is still alive somewhere.

TV station NBN and Berri pulled this shenanigans to counter the ones who oppose inviting Syria to the economic summit. My god we do live in a dysfunctional country with a dysfunctional system.

What did you expect, they are themselves a bunch of rejects. Nothing good can come out of a tumor.

On one hand the super supreme council with extra cheese is reflecting the times and that they are in control of government and can do what they want. On the other hand what is the Libyan delegation showing up for? free shawarma, hotel stay and arghili courtesy of the Arab league? and we all know the Imam (blessing be upon his cotton socks) is not dead but living in Vegas with Elvis and Jimmy Concrete Hoffa.....