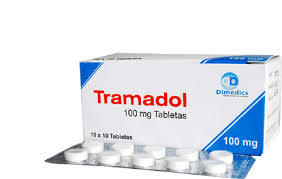 World cycling's governing body, the UCI, is to ban painkiller tramadol from March 1 and will punish offenders with penalties ranging from a fine to a nine-month suspension.

While the synthetic opinoid is widely available on the Internet and is not currently on the World Anti-Doping Agency (WADA) prohibited list, the tramadol ban was a campaign pledge of UCI president David Lappartient.

The UCI said a first offense would mean an event disqualification and fine, a second offense a five-month suspension going up to nine months for a third infraction.

"The ban is aimed at preserving the rider's health and safety in light of the side-effects of tramadol, across all disciplines and categories," the UCI said.

"The use of tramadol can have two types of side-effect: nausea, drowsiness and loss of concentration (increasing the risk of race crashes), and gradual dependence on the substance with a risk of developing an addiction."

The UCI decision was hailed by the "Mouvement pour un cyclisme credible" - the MPCC association which backs clean cycling and groups together seven of the 18 World Tour teams and 76% of the second division Pro-Continental teams.

"MPCC is glad to see that, despite the lack of action from WADA, UCI took the lead on this topic and found a tangible solution to this major issue, one that concerns the whole world of high-level sport," the body said.