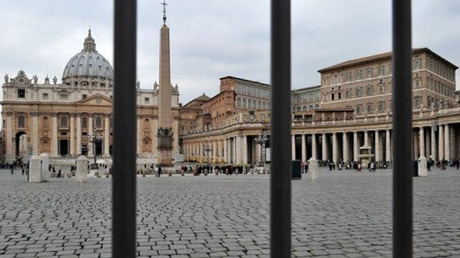 A meeting next month on the protection of children should give world bishops concrete guidelines for preventing and reporting abuse, the Vatican said on Wednesday.

"For the Holy Father, it is fundamental that when the bishops who come to Rome return to their countries, to their dioceses, they are aware of the rules to apply," Vatican press office head Alessandro Gisotti said.

"Thus they can accomplish the necessary steps to prevent abuse, protect victims and ensure that no case be covered up or concealed," Gisotti said.

The Church has had to contend with a wave of scandals involving pedophile priests which have hit the Catholic faith in countries worldwide from Ireland and Chile to the United States and Australia.

Pope Francis last month swore to "render justice to minors", saying the February meeting was "meant to be a further step in the church’s efforts to shed full light on the facts and to alleviate the wounds caused by such crimes."

The February 21-24 meeting is expected to attract 180 participants, including the presidents of 113 episcopal conferences from around the world.