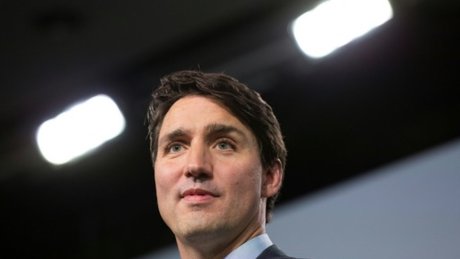 Prime Minister Justin Trudeau renewed calls for the release of Saudi blogger Raif Badawi after meeting his wife on Friday, calling the issue "a priority" for him and all Canadians.

Trudeau said Canadians' view of Saudi Arabia had been defined in part by its treatment of Badawi, who was jailed for 10 years for insulting Islam and has received 50 lashes of 1,000 to which he was sentenced.

Badawi's wife and three children have lived in Canada since being granted asylum in 2013, a year after his jailing.

"Freeing Raif Badawi is a priority not just for me and for his family but for all Canadians," Trudeau said.

"We continue to try to convince the Saudis and apply pressure on them both behind the scenes and in public to liberate Raif Badawi," including asking for a pardon, he said.

Trudeau said he had raised the case in conversation with Crown Prince Mohammed bin Salman, highlighting Badawi's status as the face of Canada-Saudi relations.

The two leaders met at the G20 summit in Buenos Aires in early December.

"It's the same message that I delivered a few months earlier to the King of Saudi Arabia when we spoke" by telephone, Trudeau added.

The kingdom reacted with fury, expelling the Canadian ambassador and severing all trade and investment ties in protest.

Canada's granting of asylum last week to a young Saudi woman, Rahaf Mohammed al-Qunun, who fled her family, was widely expected to further strain relations with the kingdom.