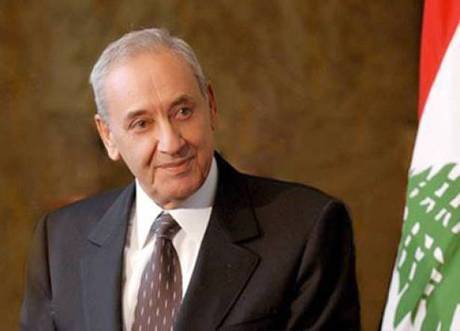 Speaker Nabih Berri voiced expectations that the government formation process is likely to take a “productive” turn after the conclusion of the Beirut economic summit, as he hailed Bassil's Sadr remarks, al-Joumhouria daily reported on Monday.

“I have heard talks that things will turn positive after the summit,” the Speaker told the daily one day after the Arab Economic and Social Development summit concluded in the Lebanese capital Beirut.

Berri refuted reports claiming that U.S. envoy David Hale reintroduced the issue of allocating the ministries of health and finance to AMAL Movement and Hizbullah.

"This is not true and it wasn’t discussed with me at all. There is a fundamental issue that leads to the formation of the government by going the sole way out I suggested,” he said.

The United States has reportedly had reservation about the allocation of Lebanon’s health and finance ministries to the Shiite duo.

Moreover, Berri added that the “Americans did not hide their intention to seek pressure on Iran (Hizbullah’s ally) to subject it in a period of months, according to what they said, they will not let it rest.”

On the other hand, Berri expressed “great satisfaction” with the message of caretaker Foreign Minister Jebran Bassil to the Arab League on founder of the AMAL Movement, Imam Moussa al-Sadr, according to the newspaper.

At the AESD, Bassil had urged the Libyan leadership to “perform all its duties to unveil the fate of Imam Moussa al-Sadr,” noting that the cleric “is not the imam of Shiite Muslims but rather the best role model for coexistence.”

Berri said he “highly appreciated” what Bassil said in his press conference on the responsibility of the Libyan authorities to reveal the fate of Sadr.

Another billionaire that has slowly sucked Lebanon dry for his 40+ years of power and domination...

Pity our fellow Lebanese that blindly follow him and sell their votes and ruin their futures for small cash payments every election..