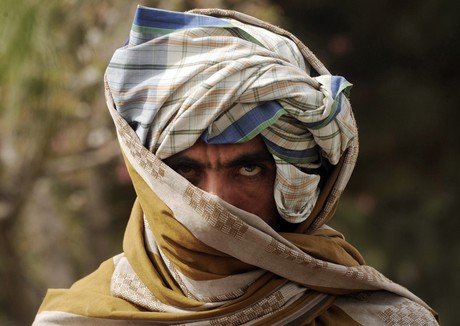 The Taliban said it met with U.S. officials in Qatar on Monday, in the latest round of talks between the insurgents and Washington aimed at bringing an end to the 17-year war.

The U.S. has not officially commented on the reported meeting, which follows the last confirmed talks between the two parties in the UAE in December.

"Following American acceptance of the agenda of ending the occupation of Afghanistan and preventing Afghanistan from being used against other countries in the future, talks with American representatives took place today in Doha, the capital of Qatar," Taliban spokesman Zabihullah Mujahid said in a statement.

The announcement comes a day after U.S. special envoy Zalmay Khalilzad left Pakistan where he had met with Prime Minister Imran Khan, who arrived in Doha for an official visit Monday.

Khalilzad's has held a flurry of meetings around the region, including in Kabul last week, to garner support for the burgeoning dialogue.

Taliban representatives have met several times with U.S. officials in recent months, but last week threatened to suspend the fledgling process, lambasting Washington for changing the agenda of the talks and "unilaterally" adding new subjects.

The insurgents have long refused to hold direct talks with the Kabul government -- despite U.S. pleas -- which the Taliban dismisses as a puppet of Washington.

U.S. officials said in December that President Donald Trump intends to withdraw as many as half of the 14,000 U.S. troops deployed in Afghanistan.