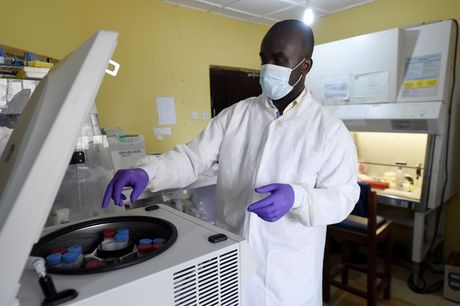 Nigerian health authorities on Tuesday declared a new outbreak of Lassa fever that has killed 16 people since early January, despite successfully containing the disease last year.

"Since the onset of the 2019 outbreak, there have been 16 deaths in confirmed cases," said a report released by the National Centre for Control (NCDC), revealing a 26.7 percent mortality rate in confirmed cases.

A total of 172 suspected cases have been identified since January 1, of which 60 were confirmed positive.

"Given this increase in reported cases of Lassa fever, the NCDC has declared this an outbreak and activated an Emergency Operations Center to coordinate the response," the report said.

The operations are coordinated with the World Health Organization (WHO), the US Centers for Disease Control and Nigerian government health officials.

The virus has been detected in seven of Nigeria's 36 states and the Federal Capital Territory of Abuja.

A Lassa fever outbreak in 2018 killed 171 people in one of the nation's worst outbreaks of the disease and affected 23 states.

But the rapid response of the health authorities was seen as key to stopping the spread of the virus.

Lassa fever belongs to the same family as Marburg and Ebola, two deadly viruses that lead to infections with fever, vomiting and in worst-case scenarios, hemorrhagic bleeding.

The name comes from the town of Lassa in northern Nigeria where it was first identified in 1969.

The virus is spread through contact with food or household items contaminated with rats' urine or faeces, or after coming into direct contact with the bodily fluids of an infected person.

It can be prevented by enhanced hygiene and avoidance of all contact with rats.