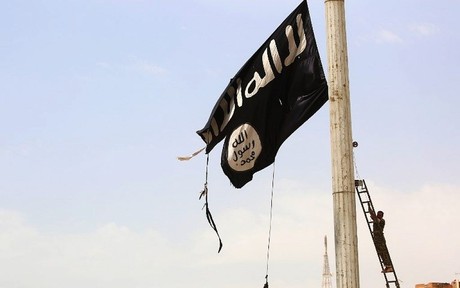 Islamic State (IS) jihadists in June 2014 proclaimed a "caliphate" across the swathes of territory they had seized in Syria and Iraq, but have since lost one territory after another.

In Syria ISIL had in January seized the northern city of Raqa from rebels.

It also controls a large part of the eastern province of Deir Ezzor, on the border with Iraq, as well as positions in the northern province of Aleppo.

In Iraq, where it is backed by former officers of late dictator Saddam Hussein and salafist groups, ISIL on in June seizes Mosul and Sunni Arab areas bordering the autonomous Kurdistan region.

A badly prepared Iraqi army is routed without a fight.

In July Baghdadi appears in a video posted on jihadist websites and calls on all Muslims everywhere to "obey" him.

In Raqa the IS carries out beheadings, mass executions, rapes, abductions and ethnic cleansing. It stones to death women suspected of adultery and slaughters homosexuals.

Some of the atrocities are broadcast on video, which the jihadists use as a propaganda tool.

In Iraq, the group seizes the historic home of the Yazidi minority in Sinjar region, making young children into soldiers and using thousands of women as sex slaves.

In August 2014, US warplanes strike IS positions in northern Iraq.

Washington then forms a coalition of more than 70 countries to fight the group in both Iraq and Syria. Washington deploys 5,000 soldiers.

Backed by US-led air strikes, Kurdish forces in January 2015 drive the jihadists out of the city of Kobane, on the Turkish border.

Backed by Turkish tanks and air force the SDF then retakes Jarabulus, and then, in February 2017, Al-Bab, the last IS bastion in Aleppo province.

In March 2017, Syrian troops backed by Russian jets recapture the ancient desert town of Palmyra from the IS.

The oasis city had traded hands several times during the war and become a symbol of the jihadists' destruction of priceless cultural heritage in areas under their control.

In October 2017, the SDF announces the full recapture of Raqa city, the capital of the eponymous province.

In March 2015, Iraq announces the "liberation" of Saddam's hometown of Tikrit, north of Baghdad. The operation highlights the crucial role of Hashed al-Shaabi, a Shiite- dominated paramilitary group.

In August, the last major IS urban stronghold in northern Iraq, Tal Afar, is declared "liberated", as is the whole of Niniveh province.

On December 9 Abadi declares victory in the three-year war against the IS.

The jihadists, however, carry out periodic attacks.

In January 2018, a double suicide attack leaves more than 30 dead in central Baghdad. The IS has since claimed several deadly attacks in Iraq.

In Syria IS jihadists have also targeted American coalition troops. On January 16, 2019, a routine US patrol is targetted by a IS suicide bomber at Manbij.

Ten civilians, five fighters from the Kurdish-Arab force and four Americans are killed.

Several days later in northeastern Hasakeh province five are killed when a US-SDF convoy is attacked by a suicide bomber.

A top SDF commander says in an exclusive interview with AFP on January 24, 2019 that the IS "caliphate" will be defeated within a month.

It comes a day after a report by a war monitor saying the SDF overran Barghouz, the last village held by IS in Syria.