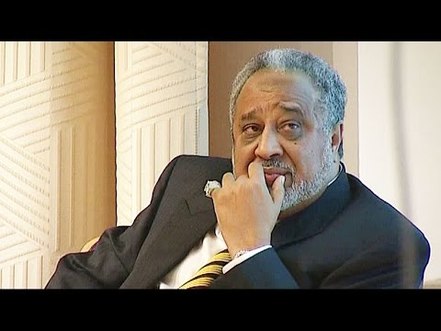 The Ethiopian prime minister's office Sunday said Ethiopia-born Saudi billionaire Mohammed al-Amoudi has been freed from jail in Saudi Arabia, where he was arrested in 2017 as part of a vast anti-corruption campaign.

Amoudi "has been released from prison in Saudi Arabia," premier Abiy Ahmed's office said on its official Twitter account.

"We wish Mohammed Al Amoudi a safe return to Ethiopia."

The release of the business tycoon could not be immediately confirmed by a Saudi source.

According to Forbes, Amoudi is a 72-year-old Saudi citizen born of a Saudi father and an Ethiopian mother. He owns companies operating in agriculture, energy and construction in several countries.

Amoudi, whose fortune was estimated by Forbes in 2017 at $8.3 billion (7.3 billion euros), was arrested in November 2017 in an unprecedented Saudi purge that included the arrests of princes, ministers and businessmen for alleged corruption.

Since then authorities in the oil-rich kingdom have concluded financial "arrangements" in exchange for the release of most of the people arrested.

Critics of Crown Prince Mohammed bin Salman say the arrests were an attempt to push aside potential rivals and consolidate his power.