The 10 Days that Changed Iran Forever 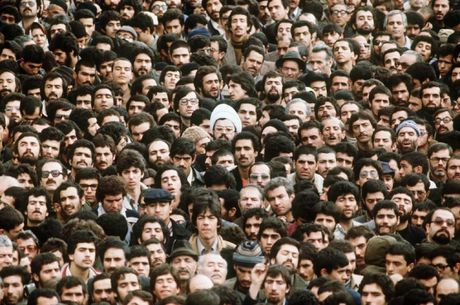 From the return to Tehran of exiled revolutionary leader Ayatollah Ruhollah Khomeini to the fall of the shah's last government, Iran's 1979 Islamic revolution was over in 10 days.

Here are the highlights of what has become known as the 10 Days of Dawn, or Daheh Fajr in Farsi, which ended 25 centuries of monarchy and are officially celebrated in Iran every year.

On February 1, 1979 Shiite opposition leader Ayatollah Ruhollah Khomeini makes a triumphant return to Tehran after more than 14 years in exile, mostly in Iraq.

Iran's last monarch, Shah Mohammad Reza Pahlavi, had fled on January 16 after months of protests against his regime.

Jubilant crowds welcome Khomeini at the airport and line the road which leads to the Behesht-e-Zahra cemetery where he gives his first major address.

Khomeini challenges the legitimacy of the government headed by prime minister Shapour Bakhtiar, appointed by the shah on the eve of his departure in a bid to prevent clerics from taking power.

On February 3 Khomeini announces at his first news conference that a council has been formed of key figures in the revolution movement to prepare for the establishment of an Islamic republic.

A day later, in a show of support for the ayatollah while the shah's administration is still in place, there are hunger strikes within the air force. One-fifth of conscripts do not show up at their barracks.

On February 6 a prime minister is appointed for a provisional revolutionary government: Mehdi Bazargan, a nationalist and Islamist engineer and long-time opponent of the shah's regime.

Tehran is thus the seat of two governments: one revolutionary, the other imperial.

In support of the revolutionary government, the clergy organises daily demonstrations that gather several million people. Strikes are followed in the key oil industry.

On February 7 mullahs in the second city Isfahan establish a parallel authority to manage municipal affairs.

On February 8 more than 1,000 soldiers in uniform march in Tehran in support of Bazargan's provisional government.

The neighbourhood is cut off by barricades and sandbags and political prisoners are freed.

AFP journalist Pierre-Andre Jouve describes a capital in chaos with "gatherings of demonstrators armed with clubs" and "thousands of men claiming to be 'police of the revolution' at almost all the city's major intersections".

On February 11 an army barracks to the northeast of Tehran is stormed by several thousand civilians and falls to Khomeini's supporters.

In the late morning, the centre of the capital falls under the control of armed civilians and army deserters.

The radio, controlled by Khomeini supporters, announces parliament has been dissolved.

Khomeini calls on military chiefs to not stand in the way of troops rallying to the revolution.

"Tehran is practically in the hands of supporters of Ayatollah Khomeini," writes AFP correspondent Patrick Meney.

"At nightfall, the centre of Tehran already had the appearance of a completed revolution: it is almost time for victory parades," his report says.

"Mutinous soldiers are hailed by the crowd. Army soldiers join students in revolt on campus. People who were enemies only yesterday embrace."

Overnight a statement from the revolutionary government declares the "revolution having won" with the military joining the popular movement.

With the shah's government departed, Bazargan officially takes up his post in the offices of the prime minister.