Al-Aloula in Beirut: Over 20 Agreements with Lebanon Will be Activated 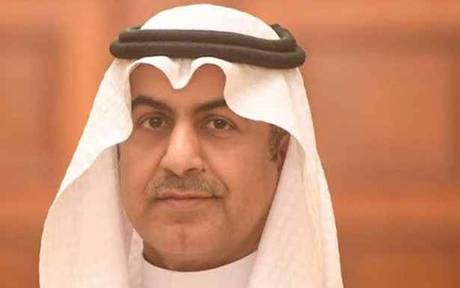 “We came to congratulate over the formation of the government, which we hope will bring welfare to you, because if Lebanon rises the Arab world will rise,” al-Aloula told reporters at Beirut's Rafik Hariri International Airport.

“I'm not carrying surprises and my visit has nothing to do with (Iranian Foreign Minister Mohammad Javad) Zarif's visit to Lebanon,” the Saudi official said.

“Now we can coordinate with Lebanon since the government has been formed and there are more than 20 agreements that will be activated,” he went on to say.

Al-Aloula is expected to meet with Prime Minister Saad Hariri later on Tuesday.

“He will also reiterate the Kingdom’s support for Lebanon’s stability and solidarity,” the sources added.

A new national unity government was formed in Lebanon on January 31.

Well of course! The Iranians came, so now the Saudis have to show up! Can't they all just leave us alone!

Another conflict brought to Lebanon by simply buying into the cheap Lebanese politicians....