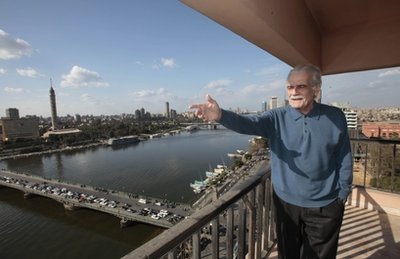 Omar Sharif, Egypt's most famous actor, says he's concerned for the future of his country.

Cairo's Tahrir Square, where protests have been centered, is visible from his high-rise apartment and helicopters buzz overhead.

"They want the president to step down. This is the first thing. After that, they do not know what they want," he told The Associated Press on Monday. "I personally don't know what they will do afterwards. Who will they bring, who will take his place, who will be in charge of the country?"

The protesters blame President Husni Mubarak for widespread poverty, inflation and official indifference and brutality during his 30 years in power.

Sharif is best known for his roles in "Doctor Zhivago" and "Lawrence of Arabia."