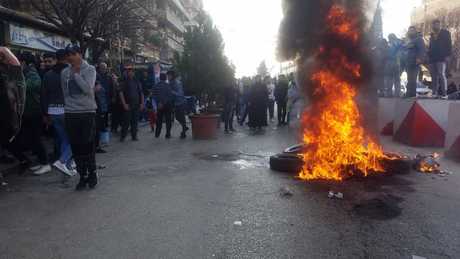 Security forces fired in the air on Thursday to prevent angry relatives from storming the al-Qobbeh prison in Tripoli.

The National News Agency said the families burned tires outside the prison after a number of inmates staged a riot that involved starting a fire inside the facility.

Al-Jadeed television reported later that the situation was brought under control.

No injuries were reported during the incidents according to NNA.

Tripoli is undoubtedly still the worst run city in Lebanonistan and Mr. Karami insists on increasing his very successful power base....

If Tripoli is anything similar to the rest of Lebanon in civic spirit rest assure the sheep there will not move an iota.