'Pug of War' over eBay Sale of Impounded Dog in Germany 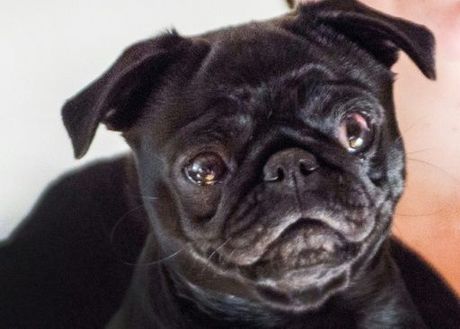 A decision by German local authorities to impound a pug from an indebted family and hawk it on eBay was spiraling on Monday into a possible case for the courts.

The buyer, Michaela Jordan, told national news agency DPA she had filed a case against Ahlen city authorities for "fraud".

The pug named Edda was seized late last year by Ahlen local officials from a family which had been unable to pay their debts to the city authorities.

A city employee put it on eBay using a private account and sold it for 690 euros ($780), with the proceeds going to city coffers.

In the advert, the pug was described as healthy, vaccinated and dewormed, but the buyer said the animal suffers from multiple problems including an eye injury that would require an operation.

"It was all lies," she said, adding that her lawyer had filed the lawsuit against city authorities on Thursday last week.

Over the weekend, a spokeswoman from North Rhine-Westphalia state's interior ministry said that while animals can be seized to pay off their owners' debts, house pets are essentially exempt.

She also noted that impounded items should be publicly auctioned and not simply sold on eBay through a private account.

Amid the howls of outrage, Ahlen city authorities said on their website that they were ready to reverse the sale "if the parties involved are in agreement."