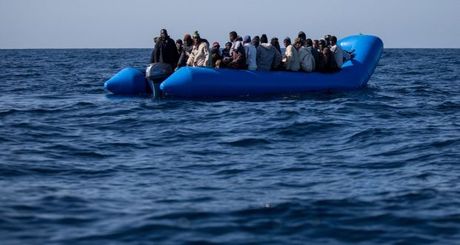 Morocco said Monday its coastguard rescued 53 sub-Saharan migrants and found three people dead on a rubber boat that deflated in the Mediterranean on a crossing to Europe.

Ten women were among the migrants rescued Sunday night, some in a poor physical state, a military source told AFP.

Three bodies were transported to a hospital morgue in the northern town of Nador.

Last week, Tangiers-based association Caminando Fronteras said 45 migrants had died on Thursday after their vessel hit trouble off Morocco as it headed towards Spain.

Morocco has refused to confirm the death toll, saying only that its navy had rescued 21 people.

The issue of migrants making illegal crossings to Europe is highly sensitive in Morocco and the authorities are often cagey about giving details.

In January, Caminando Fronteras reported that 50 migrants from Mauritania drowned off Morocco, but the authorities never confirmed the deaths.

The official news agency MAP reported Monday that four suspects had been arrested in Nador for alleged links with people and drug traffickers.

The number of often young migrants arriving in Europe via a western Mediterranean route from North Africa jumped last year to 57,500 from close to 22,000 in 2017, Spain's interior ministry said in early March.

The International Organization for Migration says almost 2,300 people died trying to make the perilous sea journey to Europe on different routes across the Mediterranean in 2018.

Moroccan authorities say they stopped 89,000 people from sub-Saharan Africa and Morocco from making the journey during the year and rescued 29,715 migrants.