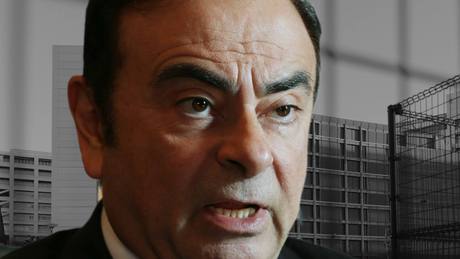 Renault's internal probe into allegations of financial wrongdoing by former CEO Carlos Ghosn has revealed "new elements" that have been passed onto the authorities, French Finance Minister Bruno Le Maire said on Thursday.

"There are new elements that emerged within the framework of the probe that I asked for a few weeks ago," Le Maire told the BFM news channel, hours after Ghosn, who was also chairman of Nissan, was rearrested in Japan.

"I tell you that I have asked for total transparency. We owe this to our compatriots," Le Maire said, noting that he had last year asked for a detailed internal probe from Renault.

Japanese authorities arrested the 65-year-old early Thursday less than a month after he was dramatically freed on bail following more than 100 days in detention.

The auto tycoon, in a statement, slammed his latest detention as "outrageous and arbitrary".

Le Maire insisted that he wanted to "throw every light on the previous corporate governance at Renault".

Pressed on Ghosn's latest arrest in Japan, Le Maire insisted that the tycoon "was equal before the law like any other" and "should benefit from the presumption of innocence and consular protection".

Japanese prosecutors said Ghosn had been detained over transfers of Nissan funds totalling $15 million between late 2015 and the middle of 2018.

They suspect $5 million of that amount was used by Ghosn for personal expenditure.

Renault had also announced late Wednesday that a joint Renault-Nissan audit of their Dutch subsidiary RNBV had raised "serious questions" over millions of euros in expenses incurred by Ghosn.