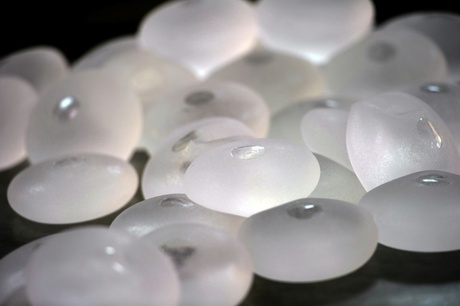 France on Thursday became the first country to ban a type of breast implant that has been linked to a rare form of cancer.

The ban covers certain types of implants with a textured surface or polyurethane coating.

The National Agency for Medicines and Health Products (ANSM) said the ban was a "precautionary measure" taken in light of the "rare but serious danger" posed by the implants, which have been linked to anaplastic large-cell lymphoma (BIA- ALCL), a rare type of cancer that attacks the immune system.

But it did not recommend that the some 70,000 women believed to have received the implants -- of an estimated 400,000-500,000 French implant wearers -- undergo surgery to have them removed.

Silicone implants are used in breast enhancements, or for reconstructive purposes after a mastectomy for breast cancer. They can either be smooth, textured or coated in polyurethane.

Textured implants, which are designed to stick to the breast tissue to avoid slipping out of position, are the most popular in France.

The Food and Drug Administration in the United States, where the smooth models are more popular, held two days of public hearings last month on the risks posed by implants.

The agency, which wrote to healthcare providers in February warning them of the link between implants and BIA-ALCL, told AFP it would announce a decision "in the coming weeks".

The ANSM said it had noted a "significant increase in cases of anaplastic large-cell lymphoma linked to the wearing of breast implants since 2011."

It said it had recorded 59 cases of the cancer among French implant wearers, of whom three had died.

"The more the implant is textured and rough the greater the risk of BIA-ALCL," it said.

"We have no scientific explanation for the development of ALCL, all we have are observations," Thierry Thomas, the agency's deputy director for health devices, told a press conference.

Of the 457 cases of BIA-ALCL recorded in implant wearers worldwide as of September 30, 2018, at least 310 were found in wearers of textured implants, according to the FDA.

Canada, which has 22 confirmed and a further 22 suspected cases of BIA-ALCL, is also reviewing their safety while in European Union, several national health authorities have formed a working group to exchange information.

Some studies suggest that inflammation caused by the textured implants rubbing against breast tissue could cause BIA-ALCL.

The ban covers several models from U.S. manufacturer Allergan that had already been withdrawn from sale in December as well as similar models from France's Arion and Sebbin, Britain's Nagor and Eurosilicone and German's Polytech.

Several implant wearers have already launched legal action against Allergan, accusing it of "deliberately endangering the lives of others."

The president of the French Society for Plastic and Aesthetic Surgery, Sebastien Garson, said the move would "complicate things" for medical practitioners, who would have fewer implant models to offer patients.

France was at the center of a major scandal involving implants in 2010 after it emerged that the maker of a popular brand of implants had been filling them with a cheap industrial-grade silicone gel, which was more dangerous for wearers than medical-grade silicone.

The French government recommended that women have the implants removed.

He was sentenced to four years in prison for fraud but never served jail time after spending eight months in pre-trial detention in 2012.

PIP was shut down.