Pele to Have Urinary Tract Surgery in Brazil 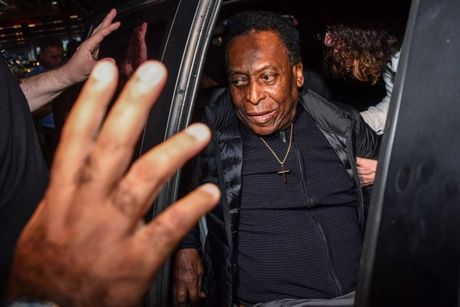 Pele will have an operation to remove a 'ureteral stone,' his doctors said Wednesday, a day after the football great returned to Brazil following treatment in a Paris hospital for an infection.

The 78-year-old was admitted to the Albert Einstein hospital in Sao Paulo for more tests after arriving in Brazil early Tuesday.

"The tests show the presence of stones in the left ureter and their removal is scheduled during the current hospital stay, but still without a defined date," the hospital said in a statement.

"The patient is in a stable condition and good general state from a clinical point of view."

Pele, who is widely considered to be the greatest footballer in history, was discharged late Monday from the private American hospital in the Paris suburbs where he had been taken after falling ill following an appearance at a promotional event with France striker Kylian Mbappe.

In a statement on Monday on the Globoesporte.com site, Pele said he had required "medical assistance and surgery" for a "severe urinary infection."

Pele, who won the World Cup with Brazil in 1958, 1962 and perhaps most memorably in Mexico in 1970 when his swashbuckling team re-defined modern football, has had several health scares in recent years.