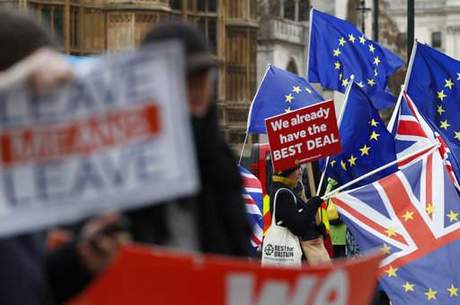 British annual inflation was unchanged in March, official data showed Wednesday, easing the pressure on the Bank of England to hike rates amid ongoing uncertainty over Brexit.

The Consumer Prices Index, which measures the cost of a basket of goods, stood at 1.9 percent last month, the Office for National Statistics (ONS) said in a statement.

That matched February but undershot market expectations of 2.0 percent, the Bank of England's target rate.

"This makes the Bank of England's job somewhat easier, as there's no pressure to raise rates as it grapples with continued uncertainty over Brexit," said Hargreaves Lansdown economist Ben Brettell.

CPI inflation had hit a two-year low of 1.8 percent in January -- also the first time since 2017 that the rate had fallen beneath the BoE's target level.