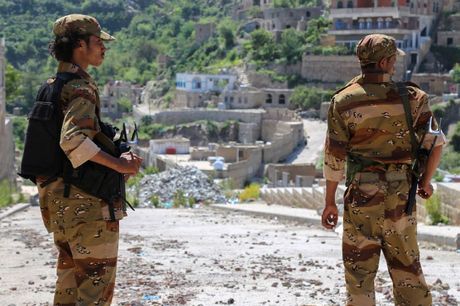 "Heavy fighting has once again resumed inside Taez," a city just inland from the Red Sea port of Mokha, MSF wrote on Twitter.

"MSF supported facilities have received some 91 wounded and recorded five deaths directly related to the fighting," since April 19, it added.

The medical charity added the clashes are preventing patients from reaching an MSF supported hospital in the city -- the only facility providing maternal healthcare to Taez residents.

The city is under siege by the Iran-backed Huthi rebels but controlled by pro-government forces, who are backed by a military coalition led by Saudi Arabia and the United Arab Emirates.

According to the World Health Organization, nearly 10,000 people -- most of them civilians -- have been killed and more than 60,000 wounded since the alliance intervened in March 2015.

Rights group estimate the toll could be much higher.