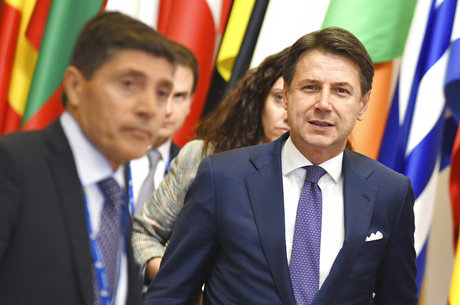 Drained European Union leaders adjourned a marathon summit until Tuesday as they struggled to fill the bloc's top jobs in the wake of May elections that have upset the EU's balance of power.

The 28 EU leaders have been meeting in Brussels since Sunday in a bid to end an impasse over who will steer the bloc over the coming years through the looming challenges of Brexit and the rise of populist parties in Europe.

Despite more than 18 hours of talks, they still need to find a way to overcome opposition to a Franco-German compromise on who will become the new chief of the European Commission, the bloc's executive arm.

"We are giving an image of Europe that is not serious," French President Emmanuel Macron told journalists after the leaders adjourned until 11 am (0900 GMT) on Tuesday.

With challenges from climate change to illiberal democracy, the EU must reform the way it takes decisions and avoid becoming "hostage" to small groups, Macron said.

Following Monday's suspension, German Chancellor Angela Merkel told reporters she still "hoped that with good will a compromise will be feasible".

The compromise Merkel and Macron forged on the sidelines of the G20 summit in Japan on Saturday called for Dutch Social Democrat Frans Timmermans to head the commission, rather than his conservative rival German Manfred Weber.

Weber would instead be put forward for election as speaker of the European Parliament, where he leads the largest political bloc. A liberal candidate would succeed Donald Tusk as president of the European Council of national leaders.

But when Merkel put this to fellow centre-right leaders in the European People's Party (EPP), several rebelled and the summit was thrown into crisis as heads of government shuttled between side meetings on Sunday evening and Monday.

The EPP is still the biggest bloc in the European Parliament, but it is no longer the dominant force it was before the May elections.

The liberals, which include Macron supporters, are increasingly assertive over the choice of top jobs after they and the Greens made huge gains in those polls.

Even though the Social Democrat bloc also lost ground, Timmermans, the commission's first and current vice president, emerged as a compromise candidate to head the powerful executive.

Under a new plan, Timmermans would run the commission and the EPP's Kristalina Georgieva, a Bulgarian who is currently the CEO of the World Bank, would become European Council president, several European sources told AFP.

But Bulgarian Prime Minister Boyko Borissov later told his country's news media in Brussels that the liberals were blocking Georgieva for council chief.

As for speaker of the European Parliament, the sources added, Weber could serve the first term of two and a half years, then Guy Verhofstadt, a former Belgian prime minister who leads the liberal group in the assembly, serve the next term.

The stalemate has already lasted for weeks. An EU summit on June 20-21 failed to resolve differences over candidates.

Timmermans, as vice-president of the commission for the past five years, has made enemies in the east of the EU, but it is not clear whether they have enough support to block his nomination.

He spearheaded EU efforts to impose its vision of the rule of law on authoritarian-leaning eastern members and is firmly opposed by Hungary and Poland.

Spanish Prime Minister Pedro Sanchez, a Socialist, accused a majority of the EPP of reneging on a deal to give Timmermans the commission job and Weber the top parliamentary position.

For a nominee to go forward, he or she must secure the backing of 21 of the 28 EU leaders, representing 65 percent of the bloc's population.

The European Parliament, which is also involved in the decision-making,is due to debate the candidates in its inaugural post-election session starting Tuesday.