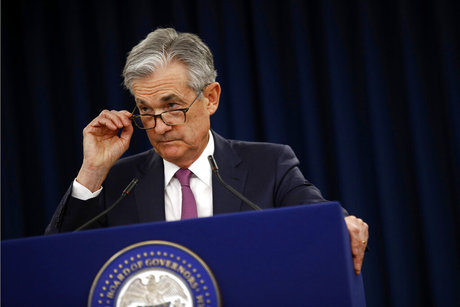 President Donald Trump has lambasted Powell repeatedly for raising interest rates, which he complains is undercutting his attempts to supercharge the U.S. economy.

Asked at an economic forum if Powell's job was safe, Kudlow said, "Yes, I believe it is. There is no effort to remove him -- I will say that unequivocally -- at the present time."

The White House explored whether Trump could replace the central bank chief, according to media reports.

Trump on Friday said the Fed "doesn't have a clue" and is a threat to the U.S. economy. He has tapped potential nominees to serve on the Fed board who openly support the president's position and Bloomberg cited sources saying Trump might replace Powell with one of the new officials.

Kudlow acknowledged there are candidates who appear to be jockeying for Trump's favor but said "I personally believe the Fed should be independent."

But, he added, "that doesn't mean they shouldn't listen to advice from their elders."

I was joking yesterday that US people of note, as we say at AFP, are like Europeans of note--perpetual teenagers who cling to the belief that somewhere there are adults who are actually responsible for what is happening--except that the US perpetual teenagers have hit upon the tactic, as of about 1960, of slaughtering adults wherever they are found: Lord of the Flies by Golding might have been set in an English prep school's vacation outing in the South Seas but perhaps the topic was US civilization and its decline, as that made its way back across the Atlantic after World War Two. Tony Blair was a bold and confident seventeen-year-old, Teresa May, a rather hesitant fifteen-year-old, this Boris chap looks about twelve. Maggie Thatcher will always be nineteen in her own mind. The secret to being an adult is believing that you look like an adult.