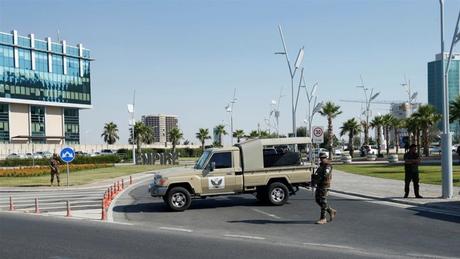 Iraqi Kurdish authorities Friday identified a Kurdish man from Turkey as the suspected shooter in the murder of a Turkish diplomat, as Turkish state media said he's the brother of an opposition lawmaker.

Mazloum Dag, 27, is "wanted" for Wednesday's murder of Turkish Vice Consul Osman and two Iraqis at a restaurant in the regional capital Arbil, the area's counterterrorism unit said.

A wanted notice released by the unit showed two photos of a black-haired young man with a close-cut beard, with one image apparently taken from CCTV footage.

"We call on all citizens to provide security services with information about this suspect as soon as possible," the counterterrorism unit said, adding that Dag is from Diyarbakir in Turkey.

It called the murder a "terrorist" act.

It "strongly" condemned the Arbil attack, calling it an "absolutely unacceptable provocation attempt".

The HDP also slammed the accusation that one of its deputies was "designated as a target because of his brother", without mentioning any names.

No group has claimed responsibility for the attack but Ankara on Thursday launched a "comprehensive air operation" against the PKK "terror organisation" in Iraqi Kurdistan's Qandil mountain area, defense minister Hulusi Akar said.

Turkey has been conducting a ground offensive and bombing campaign since May in the mountainous northern region to root out the PKK, which has waged an insurgency against the Turkish state since 1984.