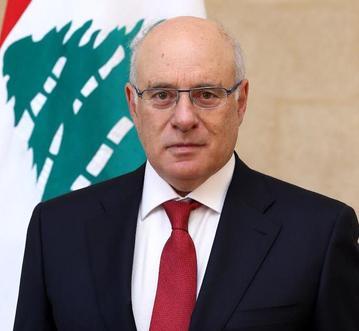 Labor Minister Camille Abu Suleiman explained on Monday that the ministry’s plan to regulate foreign labor in Lebanon gives Palestinian workers privileges prohibited for other foreign laborers, and assured that “our goal is not to increase their burden,” al-Hayat daily reported.

“Palestinians in Lebanon can get their work permits without having to pay any fees,” contrary to other foreign workers said Abu Suleiman in a statement published in the newspaper.

“Abu Suleiman assures that the ministry’s plan to regulate foreign labor in Lebanon is not directed against anyone. Rather, it is the implementation of the Lebanese Labor Law, which grants several privileges to Palestinian refugees, benefiting from it, excluding foreigners,” said Abu Suleiman in a statement.

"I have always expressed my understanding of the difficult situation the Palestinians are enduring, and defended their cause at the ILO conference in Geneva and the Arab Labor Organization conference in Cairo in the past three months,” he added.

“I have given directives to facilitate the work permit procedures. Our major concern is to implement the Lebanese law which serves our brethren Palestinians especially at this delicate stage they are passing through," added the statement.

Palestinian refugees protested in the capital, as well as the south and east of the country, against Lebanon's labor ministry cracking down on businesses employing foreign workers without a permit.