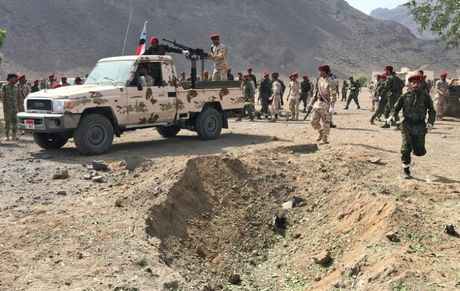 "We have received information from multiple sources about arbitrary arrests and detention, forced displacement, physical assaults and harassment," spokeswoman Ravina Shamdasani said in a statement.

She said the UAE-backed Security Belt forces are "reportedly carrying out and enabling retaliatory attacks against civilians" originating from northern Yemen.

The United Arab Emirates is part of a Saudi-led military coalition backing the U.N.-recognized government against Huthi rebels in the country's conflict.

Shamdasani said the alleged targeting of northerners is "apparent retaliation" for deadly attacks last week by jihadists and the Iran-aligned rebels.

The first was a suicide car bombing carried out by jihadists on a police station, which was followed by a Huthi assault targeting newly trained police cadets, officials said.

A day later, al-Qaida gunmen killed 19 soldiers in an attack on an army base in southern Yemen, according to security officials.

The UN human rights office cited reports suggesting "security forces searched hotels and restaurants, stopping people, demanding their identification, and rounding up those hailing from the northern parts of Yemen."

"We are continuing to gather... details of the violations they have been subjected to, but initial reports suggest hundreds have already been displaced," said Shamdasani.

Yemen has been at war for more than four years.

The Huthis control the capital Sanaa and most cities in northern, central and western regions, while the government maintains a makeshift capital in Aden.

In the south, where secessionists claim independence, there is strong resentment of citizens from the north.

Southern Yemen was an independent state until 1990 and the north is perceived to have imposed unification by force.