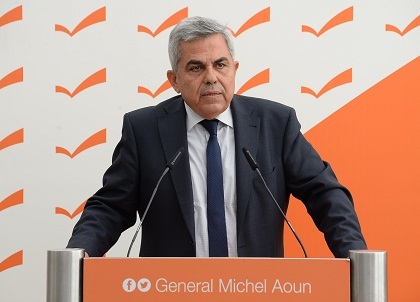 MP Hikmat Dib of the Strong Lebanon bloc on Wednesday criticized a statement issued by the U.S. embassy in Beirut regarding the political spat over the Qabrshmoun incident.

“The U.S. embassy’s interference regarding the Qabrshmoun incident is aimed at protecting a certain side,” Dib said in a phone interview with al-Mayadeen television, apparently referring to the Progressive Socialist Party.

“The U.S. embassy statement is deplorable, especially that it is interfering in a judicial affair,” Dib added.

“We believe that the picture became clearer after the U.S. embassy interfered in favor of a certain party,” the MP went on to say.

He also stressed that the statement will not affect the judiciary’s investigations into the incident.

The embassy statement said that the United States “supports fair and transparent judicial review without any political interference.”

“Any attempt to use the tragic June 30 event in Qabr el-Shamoun to advance political objectives should be rejected. The U.S. has conveyed in clear terms to Lebanese authorities our expectation that they will handle this matter in a way that achieves justice without politically motivated inflammation of sectarian or communal tensions,” the statement added.

He would not be making a statement if Iran made the same statement, double standards as usual.... lol