S&P Keeps Lebanon Credit Rating at B-, Fitch Downgrades It to CCC 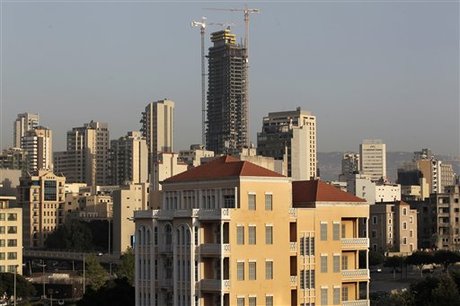 The Standard & Poor's credit rating agency on Friday kept Lebanon's rating at B- while the Fitch agency downgraded it from B- to CCC.

In a statement, S&P affirmed its long- and short-term foreign and local currency sovereign credit ratings on Lebanon at 'B-/B', saying that the outlook remains negative.

“The negative outlook reflects that we could lower our ratings on Lebanon in the next six-12 months if banking system deposits and the Banque du Liban's (BdL; the central bank) foreign exchange (FX) reserves continue to fall, likely reflecting a weak policy environment and impaired market access. Continued weakness in foreign currency inflows and the use of BdL's FX reserves to meet government debt-service could test the country's ability to maintain the currency peg, in our view,” S&P said.

It however added that it could revise the outlook to stable if the Lebanese government is able to “significantly improve foreign investor confidence by taking credible steps to implement its fiscal consolidation and medium-term electricity sector reform plans.”

“The affirmation reflects our view that, despite a significant decline in investor confidence, BdL's usable FX reserves, estimated at about $19 billion at end-2019, remain sufficient to service government debt in the near term. In our base-case scenario, we expect BdL will draw on FX reserves to finance the $1.5 billion Eurobond maturity and about $1 billion of coupon payments in November,” the agency added.

“The government is largely relying on financing from the central bank, both in domestic debt markets and for repayment of Eurobonds. While recent policy steps point to nascent fiscal adjustment, a credible medium-term plan to stabilize government debt/GDP is lacking,” the agency pointed out.

Informed sources had told al-Joumhouria newspaper in remarks published Wednesday that S&P’s decision to maintain the current credit rating for another six months is aimed at “giving the government an additional chance to execute a number of projects and reforms to revitalize the economic and financial situation in the country, in light of the poor financial liquidity that the various sectors and even ordinary Lebanese are complaining about.”