Hizbullah and Israel: A New War or Restraint? 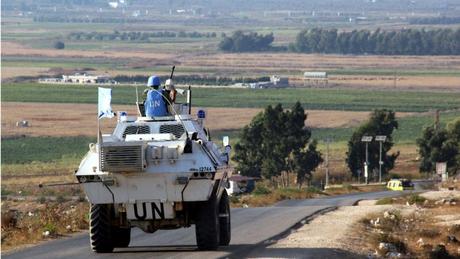 Lebanon's Hizbullah movement and Israel traded cross-border fire on Sunday, in a spat that came after a week of heightened tensions between the two rivals.

Are both sides heading towards a repeat of a deadly 2006 war or was the latest carefully weighted exchange a sign they will step back from all-out conflict?

Analysts lean towards the latter but warn that Israel and Hizbullah don't hold all the cards.

Hizbullah on Sunday said it destroyed a military vehicle in northern Israel. Israel's army said it responded with around 100 artillery shells.

Israeli officials refuted Hizbullah claims that it had killed and wounded those inside the military vehicle, saying there were no casualties.

The episode came amid soaring tensions after Israel targeted Hizbullah with an air strike in Syria on August 24, which the Iran-backed group said killed two of its members.

Hizbullah also accused Israel of conducting a separate drone attack hours later in its southern Beirut stronghold, an incident it described as the most serious attack on Lebanon since the 2006 conflict.

Hizbullah said the unit behind Sunday's attack on northern Israel was named after its two militants killed in the Syria strike.

"It was definitely a very calculated, contained and I would call it a responsible response," she told AFP.

The response she said "takes care of not escalating the situation and safeguards Lebanon" from an all-out conflict.

Hizbullah's number two Naim Qassem in an interview with Russia Today last week played down talk of a fresh war.

"The atmosphere is an atmosphere of response to an aggression," he said.

Israeli Prime Minister Benjamin Netanyahu said after Sunday's attack that his government was mulling the next steps: "I have ordered that we be prepared for any scenario."

Experts expect tensions to ease off, at least temporarily.

Saad said Hizbullah may be planning a separate response to the Beirut drone attack "further down the line", saying it may be "low key".

"I don't think it would be the kind of attack that would ignite a war by any means," she said.

An official close to Hizbullah told AFP that the second part of the retaliation "will be aerial and confront Israeli drones".

Analyst Karim Bitar said he would expect the tit-for-tat to end here if was up to Hizbullah and Israel.

"There is no real interest among the two parties for a rapid escalation," he said.

But a de-escalation is contingent on the state of affairs between Hizbullah and Israel's respective main allies, Tehran and Washington.

"The Trump administration's policy of maximum pressure on Tehran not only aims to weaken the Iranian economy, but also aims to crush Iran's wings by weakening its regional partners in Iraq, Syria and Lebanon," Bitar said.

Another element of concern is Israel's September 17 election, Bitar said.

"The history of the last 20 years shows that election periods are sometimes conducive to flare-ups," he said.

In 2006, after the killing and abduction of Israeli soldiers by Shiite militant group Hizbullah, Israel launched a devastating offensive in Lebanon.

Israel has since carried out hundreds of strikes against Hizbullah targets in Syria, where the Iran-backed party has deployed thousands of fighters since 2013 to help the regime battle rebels and jihadists.

Israel killed senior Hizbollah figures in separate attacks in 2015. In both cases, the Shiite goup responded with border attacks.

Analysts and Hezbullah's number two Naim Qassem himself, speaking to the movement TV channel, said Sunday's attack was aimed at maintaining "a balance of deterrence".

"Hizbullah firmly believes that any response is a move that is actually preventing war," Amal Saad said.

Hizbullah, which has grown into Iran's most powerful regional proxy, wields huge influence in Lebanese politics and its military might is said to outstrip the state's.

Israel's military capabilities, which include cutting-edge technology and a fleet of the world's most advanced fighter jets, are vastly superior.

But reports that Hizbullah is acquiring precision-guided missiles with Iran's help are raising alarm across the border.

Howwver powerful Hezbollah is in Lebanon, it's not the center of the world.

This skirmish is timed before Netanyahu's elections, to divert israelis from the corruption scandal he is involved in,

And the measured response is Iran's way of saying to the US, we are strong but reasonable people. Please respect us more than the Saudis and talk to us.

Hezbollah here is nothing but a 1B$ a year project for Khamenei. Less than half our electricity deficit. Lets keep that in mind.