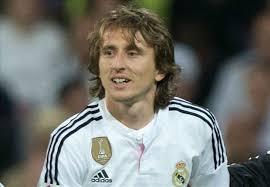 Real Madrid's Luka Modric has been diagnosed with a groin injury, the Spanish club said on Thursday, less than a week before they face Paris Saint-Germain in the Champions League.

The reigning Ballon d'Or winner is a doubt for Saturday's La Liga fixture against Levante and could miss the trip to the French capital on Wednesday.

Real's website confirmed the club's medical service had diagnosed "a muscle injury in the adductor of the right leg."

Playmaker Hazard and Colombia's Rodriguez returned to training with the squad on Tuesday which suggests they could be available for Real's opening group stage tie at the Parc de Princes.