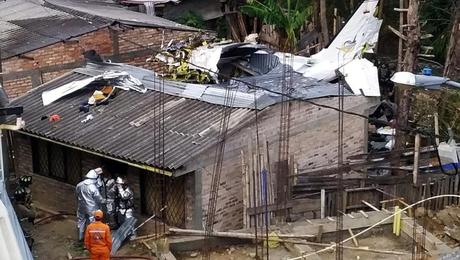 At least seven people were killed and another three injured when a small plane crashed in southwestern Colombia on Sunday, a firefighter said.

"Nine people were on board the plane. Seven died, while two are seriously injured," Juan Carlos Ganan, the commander of firefighters in the area, told AFP.

The third person injured was a child on the ground in the area where the plane crashed, Ganan said.

Firefighters were trying to stop fuel leaking from the aircraft, Ganan added.

The plane, which crashed at 2:11 pm (1911 GMT), was headed from Popayan to Lopez de Micay, both in Cauca department.

The cause of the crash was not known and an investigation was under way, Ganan said.