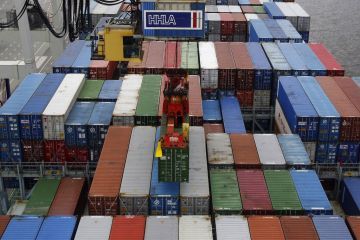 Meanwhile, the strong U.S. dollar buoyed American imports of consumer items like mobile telephones as well as semiconductors and industrial equipment, according to the Commerce Department data.

As a result, the US trade balance crept 1.6 percent higher to $54.9 billion for the month, surpassing economists' expectations.