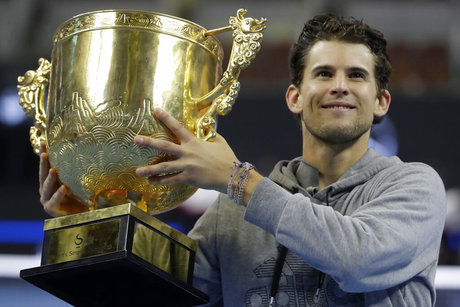 Top seed Dominic Thiem recovered from a set down to win the China Open final on Sunday and claim the 15th singles title of his career.

Thiem, 26, beat former world number one Andy Murray on the way to the title and had also booked his spot in the prestigious season-ending ATP Finals.

The fifth-ranked Thiem strolled to the crown in the deciding set against Tsitsipas, who at 21 is a rising star of men's tennis.