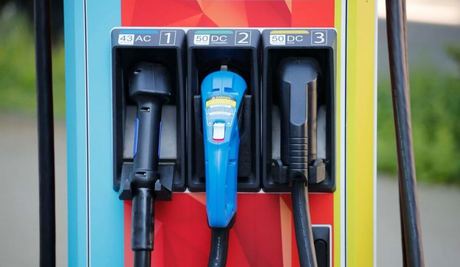 The agreement was reached in a meeting between Prime Minister Saad Hariri and a delegation from the importing companies.

“An agreement was reached on a certain mechanism that will quickly resolve this crisis, and as of tomorrow morning, fuel will be delivered to the stations, which in turn will resume selling gasoline in a normal manner,” Information Minister Jamal al-Jarrah announced.

“I declare, in the name of the importing companies, that the stations will receive the gasoline as of tomorrow, and things will return to 100% normalcy,” Jarrah said, adding that “there is no need to panic.”

A spokesman for the companies said the payment mechanism set by Banque du Liban had witnessed “some problems, which were resolved today.”

Gas station owners and fuel distributors had announced an open-ended strike starting Friday, which prompted consumers to scramble to stations where long queues were formed.

The Syndicate of Gas Station Owners announced the strike in a televised TV statement protesting that suppliers were only selling them fuel in dollars.

The strike will prolong they said “until the competent authorities issue a written order on the mandatory supply of fuel to gas stations.”

The group said that banks were not supplying them with the dollars they need to pay importers and suppliers because of a shortage in reserves.

Lebanese media for the past two weeks reported that banks and money exchange houses were rationing their dollar sales over a feared shortage in reserves.

The syndicate had said that petrol station owners were having to purchase dollars on the black market or from money exchange offices at higher rates.

Lebanese officials, including President Michel Aoun and Central Bank governor Riad Salameh, have tried to play down the risk of an economic collapse.

Economic growth in Lebanon has plummeted in the wake of repeated political deadlocks in recent years, compounded by the impact of eight years of war in neighboring Syria.

Gas stations, Bakeries, retired military, civil society, currency exchangers, etc... this is now the new fad. Everyone wants to go on strike. Is it odd the only ones not on strike are government employees? Do they get paid in USD$. Hmmmm...

This is now a complete farce. As I said in other posts, why doesn't the central bank just ditch the LL and go fully USD$ as the official currency. After all everything is quoted in USD$ from basic foods to cars to acts to clothes. Do you ever hear any one quote a price in LL?