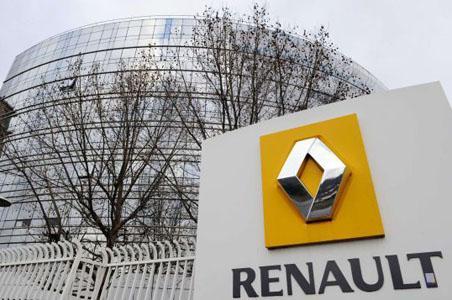 French automaker Renault sacked its chief executive Thierry Bollore on Friday, the latest turbulence to rock the company since the arrest of his previous boss Carlos Ghosn on financial misconduct charges just under a year ago.

In a terse statement, Renault gave no reason for Bollore's ouster, nine months after he was named to follow Ghosn, who had been preparing to hand him the reins of the company.

But the move comes just days after its Japanese alliance partner Nissan named a new CEO after the resignation of his predecessor, who stepped down last month.

In an exceptional board meeting Friday, "the board of directors decided to end the mandate of Mr Thierry Bollore as chief executive officer of Renault... with immediate effect," the company said.

Both Renault and Nissan were plunged into turmoil after Ghosn's arrest, prompting investigations of governance failings and deep revamps of their management structures.

Media reports had speculated that Nissan executives were demanding that heads also roll at Renault over the claims that Ghosn under-reported millions of dollars in salary as head of Nissan and used company funds for personal expenses.

Ghosn has denied any wrongdoing, but both companies ousted him while he remains in Japan awaiting trial.

Speculation of Bollore's departure increased after French daily Le Figaro reported on its website late Tuesday that he had a difficult relationship with board chairman Jean-Dominique Senard.

"This is how companies work. There are times when it is useful for a company to make a fresh start. It's nothing personal," Senard told reporters at a news conference after the board meeting.

"The revival of the alliance (with Nissan) was necessary," he added.

A source close to the company told AFP that Bollore was present at the board meeting and made his case.

"He was blamed for management and performance failings," said the source.

"There was a vote. No board member opposed his dismissal, and there were very few abstentions," the source said.

But Bollore, a 56-year-old with long experience in the auto industry, rejected the claims of performance failings, saying in an interview published ahead of the meeting that his only fault was being named deputy CEO by Ghosn in February 2018.

"The brutality and the totally unexpectedness of what is happening is stunning," Bollore told financial daily Les Echos.

"I got in a plane in Tokyo on Tuesday night when I landed in Paris on Wednesday morning, I saw in the press that Jean-Dominique Senard, who up to now always said there wasn't a hair's breadth between us, wanted my departure," he said.

"I have always been loyal to him," he added.

"It's all the more inexplicable because Renault is one of the very few automakers which hasn't had to issue a profit warning despite the crisis the industry is going through," he said.

Bollore also urged the French state, which owns 15 percent of the firm, to ensure "good governance" so as not to "destabilize Renault."

But after the interview was published, the French finance ministry told AFP that Finance Minister Bruno Le Maire "trusted" Senard to make the right decisions.

Senard was brought in from the tiremaker Michelin as board chairman, tasked with stabilizing Renault and its alliance with Nissan and Mitsubishi in the wake of Ghosn's arrest.

His task has been complicated by declining profits, in part due to falling sales at Nissan, in which Renault owns a 43 percent stake.

And despite Renault's leading position in electric vehicles, Senard is also grappling with the industry's need to cut carbon emissions, and the push by all automakers to bulk up in the face of slumping demand and fierce competition.

That led Renault to pursue a merger with Fiat Chrysler earlier this year, which would have created a globe-spanning behemoth producing 8.7 million vehicles a year.

But the project foundered, with Senard blaming the French government for blocking the deal because it did not involve Renault's Japanese partners, who were reportedly furious as being kept in the dark about the Fiat talks.