Spain PM Calls for 'New Chapter' in Catalonia Based on Dialogue 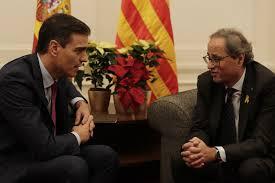 Spanish Prime Minister Pedro Sanchez said Monday it was time to turn the page in relations with Catalonia following the sentencing of 12 of its leaders over their role in the failed 2017 independence bid.

"Following the Supreme Court decision we need to turn the page based on peaceful co-existence in Catalonia through dialogue... We can start a new chapter for a modern, plural and tolerant Catalonia taking its rightful place in Spain," he said, speaking in English.