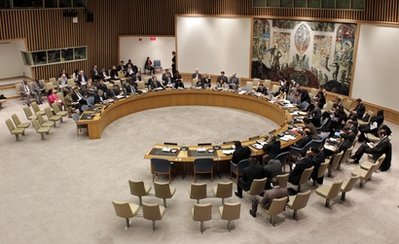 The U.N. Security Council will convene on Wednesday to discuss Turkey's military incursion in northeast Syria, diplomats said, with Ankara showing no sign of relenting in its assault on the Kurds.

This session was requested by European countries with seats on the 15-member council, the diplomats said Tuesday.

At a first meeting last Thursday, the council was divided, and only the European members issued a statement calling for an end to the Turkish offensive.

On Friday, Russia and China blocked a US-sponsored text that also called for an end to the assault.

A diplomat said there may not be consensus this time either as the council meets on the incursion, with Russia possibly preventing members from showing a unified front.

There will likely be another statement issued by the European countries on the council, the diplomat said.

Russia risks becoming increasingly isolated on the council. It has already used its veto power as a permanent member 13 times since the war in Syria broke out in 2011.

The United States is calling in increasingly firm language for an end to the incursion, and announced sanctions against Turkey on Monday.

China on Tuesday also called on Turkey to halt its military operation and "return to the correct way of political resolution."