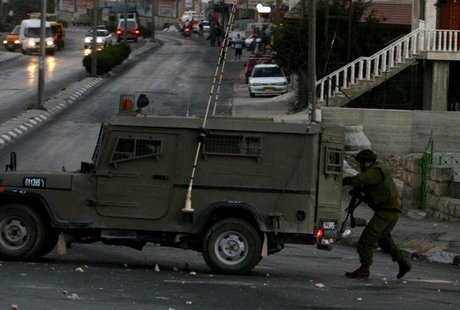 A Palestinian was shot by Israeli security forces after ramming his car into a vehicle for undercover policemen in the occupied West Bank, police said Thursday.

Police were carrying out arrests overnight in the Al-Amari refugee camp near the West Bank city of Ramallah when the Palestinian "attempted to run over the officers" and hit the armoured police car, a statement said.

The officers saw the driver holding a knife and shot him. Police said he was a Palestinian from Israeli-annexed east Jerusalem.

There were no Israeli casualties in the incident.

A spokesman for the Shaare Zedek hospital in Jerusalem said the suspect was in serious condition.

Israeli forces carry out frequent raids and arrests in the occupied West Bank, which often lead to clashes.

In May 2018, an Israeli special forces soldier was killed during an arrest operation in Al-Amari after being hit on the head by a stone thrown from a rooftop.