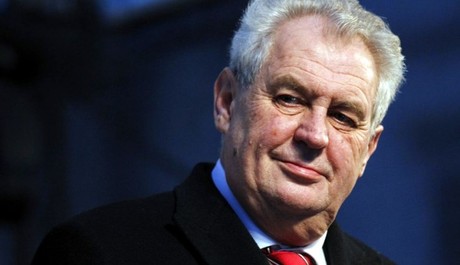 Czech President Milos Zeman has accused fellow NATO member Turkey of teaming up with terrorists during its offensive in northeastern Syria and of committing war crimes.

"On the contrary, I'm asking myself if those who attack the Kurds and commit those beastly murders like the murder of that Kurdish politician are not terrorists themselves."

Zeman was referring to the summary execution of female politician Hevrin Khalaf reportedly by Turkey's Syrian allies during the operation launched on October 9 to remove the Kurdish People's Protection Units (YPG) from areas near its border.

The outspoken veteran leftwinger, who is known for his pro-Russian, pro-Chinese, anti-Muslim views, also said Turkey was building close ties "with Islamism, with the radical, murderous Islamism we have now seen in northeastern Syria."

"I think Turkey has committed war crimes and in any case I think it should not be an EU member at least."

The Czech Republic, like a number of other EU members, has halted arms exports to Turkey, and its lawmakers have branded the Turkish offensive in Syria a breach of international law.

Zeman also criticized the United States and the EU for having betrayed the Kurds, who helped them fight the self-proclaimed Islamic State.

"We honored them when we needed them to fight the Islamic State and now we have let them down," Zeman said, drawing a parallel with the 1938 betrayal of the former Czechoslovakia by Western allies in the run-up to World War II.

Turkey has now announced a 120-hour suspension of its offensive following a deal with US Vice President Mike Pence, calling on the Kurds to withdraw from a border strip which will become a "safe zone".