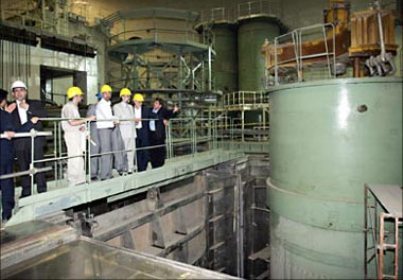 Iran announced on Wednesday further steps walking back on its commitments under the 2015 nuclear deal with major powers.

How did this come about and what is left of the troubled agreement?

Here is a look back at the accord and the setbacks since:

The Iran nuclear deal is agreed on July 14, 2015, in Vienna between Tehran and the five permanent members of the United Nations Security Council (UNSC) plus Germany.

The preamble of the deal notes that Tehran "reaffirms that under no circumstances will Iran ever seek, develop or acquire any nuclear weapons".

Iran agrees to demonstrate the exclusively civilian nature of its program by drastically reducing its nuclear activities.

It also agrees to submit to the strictest inspection regime ever developed by the UN's nuclear watchdog, the International Atomic Energy Agency (IAEA).

In exchange, crippling economic sanctions on Iran are to be lifted.

On May 8, 2018, U.S. President Donald Trump unilaterally withdraws from the agreement, which was reached under his predecessor Barack Obama.

In August, Washington reactivates sanctions that had been lifted as part of the accord.

Washington then repeatedly strengthens and extends sanctions to force Tehran to agree to a new deal offering "better guarantees".

The reimposition of sanctions deprives Tehran of the economic benefits it had expected from the deal.

The Iranian economy sinks into a deep recession.

On May 8, 2019, Tehran announces that it is progressively reducing its commitments made in Vienna to pressure the remaining parties to the deal to keep their promises to help Iran bypass US sanctions.

The Islamic republic announces that if its demands are not met, it will abandon new provisions of the agreement every 60 days.

The fourth phase of Iran's "commitment reduction plan" is launched on Tuesday.

- What commitments has Iran renounced? -

Iran no longer respects the 300 kilogram limit that the deal imposed on its stocks of enriched uranium. It has also abandoned the cap on enriching uranium above 3.67 percent.

Since September, Iran has produced enriched uranium at its plant in Natanz using centrifuges banned by the accord.

The deal allows for a limited number of first generation IR-1 centrifuges, but Iran is now using more modern machines.

Moving away from the research and development provisions of the agreement, Iran has also begun testing even more advanced centrifuges.

On Tuesday, Tehran announced the resumption of uranium enrichment at its underground Fordow facility in central Iran, which the deal banned.

Iran said Wednesday that at midnight it will start injecting gaseous uranium into the IR-1 centrifuges.

Iran announced in May that it no longer felt bound by the agreement's 1.3 tonne limit on heavy water reserves, but it has not yet exceeded this threshold.

- Is Iran violating the agreement? -

The US says Iran is violating the agreement, which Tehran denies.

Iran criticizes its partners for not making "every effort" (as required by article 28) to enable the full implementation of the agreement.

Tehran says it is acting under articles 26 and 36, which allow it to suspend its commitments "in whole or in part" if its partners fail to meet their obligations.

French President Emmanuel Macron said on Wednesday that Iran had "decided to leave the framework" of the agreement by its decisions on Tuesday.

- What is left of the agreement? -

A key element of the deal still in force is the IAEA inspections regime.

Provisions concerning the Arak reactor, 240 kilometers (150 miles) southwest of Tehran, are still in force. Foreign experts are supposed to help convert it into a research facility incapable of producing plutonium for military use.

The five states still party to the accord all say they want to save the deal, even though they agree it is becoming harder by the day.

Finally, Iran is far from having returned to its pre-agreement behavior.

It still limits uranium enrichment to 4.5 percent, below its previous 20 percent threshold and far below the 90 percent needed for a nuclear weapon.

And the total installed capacity of Iranian centrifuges remains officially lower than it was before the agreement was reached.