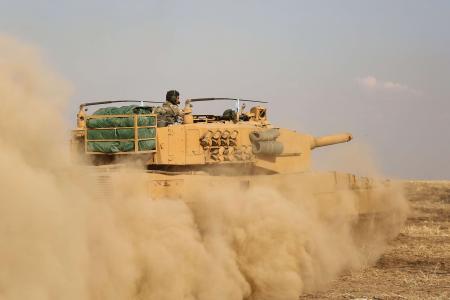 SANA said Saturday's clashes included heavy machine gun fire and occurred in the village of Um Shaifa near the town of Ras al-Ayn.

Syrian government forces have clashed since with Turkish troops and Turkey-backed opposition fighters. Moscow has brokered a shaky truce in northern Syria, but sporadic clashes have continued.

Stand with turkey on this one. Anyone fighting the Syrian regime gets my support.

I thought you supported the democracy loving Kurds?

Syrian Army are fighting alongside those same Kurds now.