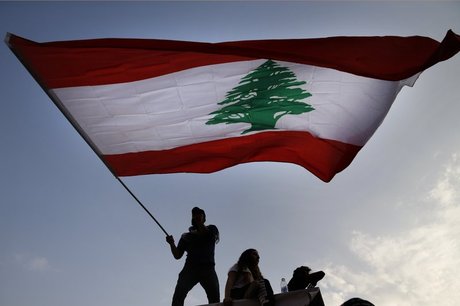 Demonstrations against the ruling class in Lebanon pursue for the 26th day on Monday as demonstrators slept in tents in front of the state-run Electricte Du Liban headquarters in Corniche al-Nahr area demanding 24-hr electricity.

The protesters put up their tents on Sunday where they spent the night protesting the institution’s failure over the years to fix an electricity sector that has pushed the country to the brink of economic collapse.

In Kaslik, university students staged sit-ins in front of the USEK university blocking the entrances to the facility.

MTV said students and university professors did not have access to the facility.

In the southern city of Sidon, around 30 fishing boats sailed from the port brandishing Lebanese flags to demand regulation of the fishing sector, and in support of the protesters’ demands.

The country has since October 17 been swept by an unprecedented cross-sectarian protest movement against the entire political establishment, which is widely seen as irretrievably corrupt and unable to deal with a deepening economic crisis.

The protests triggered Prime Minister Saad Hariri to tender the resignation of his government on October 29, but he remains in a caretaker capacity and manoeuvrings are still ongoing to form a new cabinet.