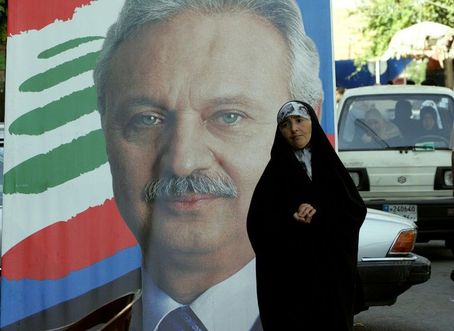 Lebanese protesters who have been demanding radical reform reacted with anger Friday to the reported nomination of a new prime minister they regard as emblematic of a failed political system.

According to senior officials speaking on condition of anonymity and Lebanese press reports, key political players agreed that Mohammed Safadi should be tasked with forming the next government.

President Michel Aoun has said he will support the formation of a government including technocrats but he has not yet announced consultations over a new line-up and there was no official confirmation that Safadi had been nominated.

Demonstrators in his hometown of Tripoli wasted no time in rejecting Safadi, however, and gathered in front of one of his properties to protest against a reported nomination they regard as a provocation.

"Choosing Mohammed Safadi for prime minister proves that the politicians who rule us are in a deep coma, as if they were on another planet," said Jamal Badawi, 60.

Another protester said that as a business tycoon and former minister, Safadi epitomized the political class that the protest movement wants to remove.

"He's an integral part of this leadership's fabric," said Samer Anous, a university professor. "Safadi does not meet the aspirations of the popular uprising in Lebanon."

"Mohammed Safadi is corrupt and we are here to say that the revolutionaries are categorically opposed to see him at the head of the government," said protester Ali Noureddine.

A protest was also planned at Zaitunay Bay, a luxury marina in central Beirut which is run by a company that Safadi chairs and which many say encroaches on public land.

safadi didn't even know he was in the running, he's overseas and he heard the news through the media.

Don’t believe it, he knew about it. He was already in London discussing the takeover with Boris Johnson.

The clowns still believe they are in control. The people want new blood with no baggage this guy was part of the old guard and he was involved in the looting just like the rest of them..

The protesters, Sam and Phyllis, threatened to move their millions to Switzerland if their demands weren't met.