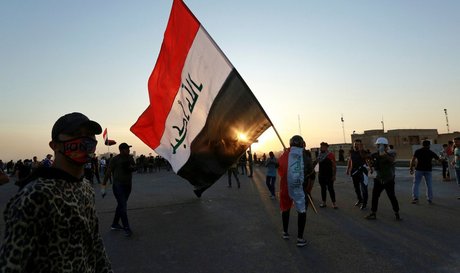 Anti-government protesters in Iraq have closed some roads in response to a call for a strike from an influential cleric.

The protesters are also trying to expand their presence in the Iraqi capital further after seizing control of a strategic square in central Baghdad.

Protesters in Baghdad’s sprawling Sadr City neighborhood on Sunday blocked roads in an effort to keep employees from getting to their workplaces, snarling traffic in some areas.

The roadblocks are in response to a call by influential Shiite cleric Muqtada al-Sadr for a voluntary strike.

Protesters are also trying to reach the Ahrar bridge, after seizing part of the Sanak bridge and the strategic Khilani square in central Baghdad, as they continue to try to get to the heavily fortified Green Zone, the seat of government.